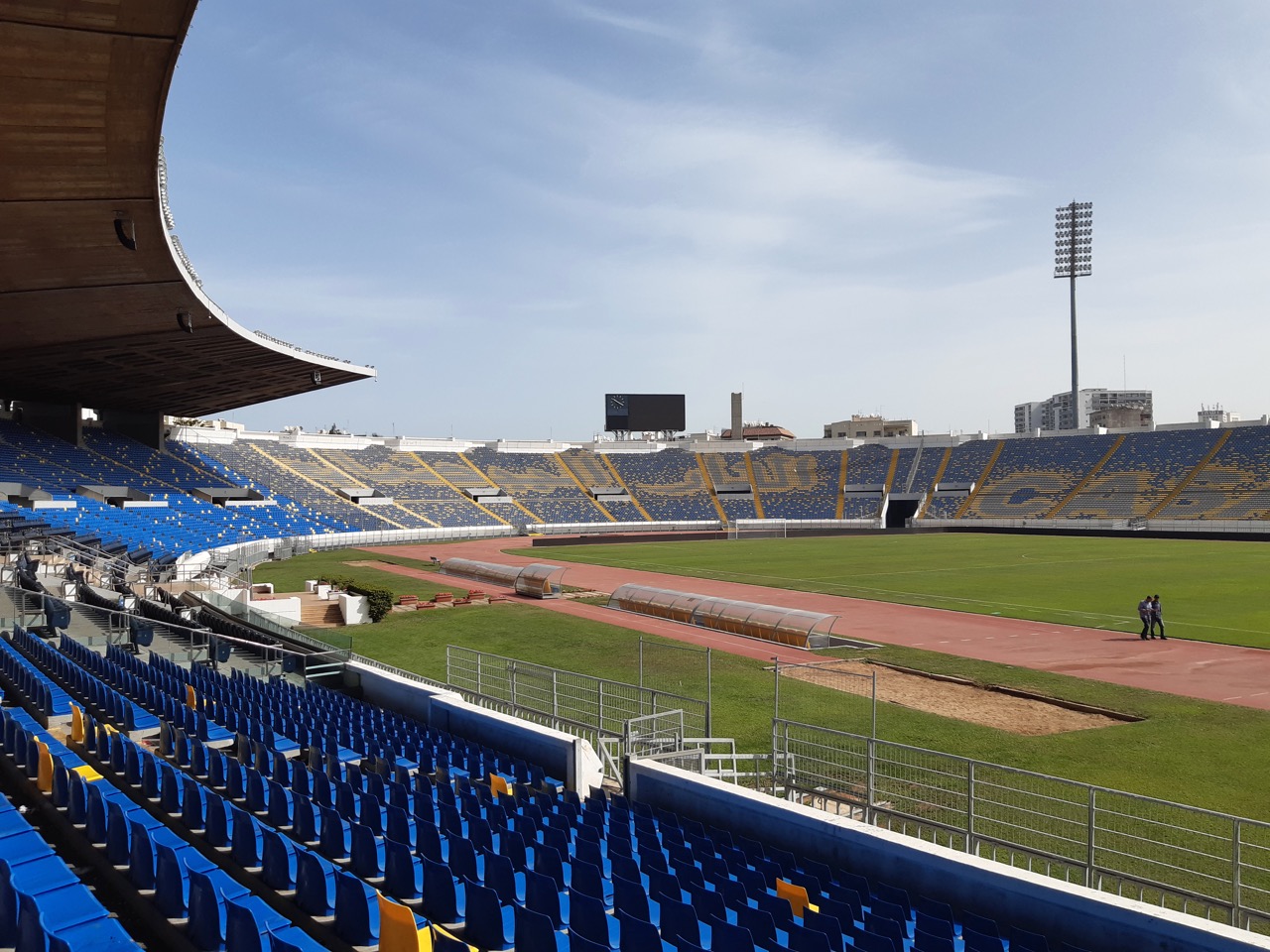 In Morocco, the famous stadium of Casablanca has re-opened after extensive renovations which include a complete overhaul of its audio PA/VA facilities. A new NEXO GEO S12 sound reinforcement system has been chosen for the stadium at the Mohammed V Sports Complex,  designed and installed in the shortest time frame in NEXO’s long experience with stadium sound.

With capacity for up to 67,000, the Stade Mohammed V is the home of Casablanca’s two football clubs Wydad and Raja, as well as hosting the games of Morocco’s national team. Since it was built, it has been considered to be the national stadium of Morocco and has hosted the biggest events and sporting competitions in the country.

As part of a major programme to upgrade facilities, the city of Casablanca appointed integration company ENCOM to orchestrate the installation of world-class sound reinforcement equipment, which would also be used to meet international voice alarm and evacuation standards.  Based in Casablanca, Encom enjoys a high profile in Morocco in three different roles – as a PA company, as an installer and AV integrator, and as an importer of pro audio equipment. One of the company’s premium imported brands is NEXO.

The Casablanca schedule was tight.  Senior project designer Carole Marsaud recalls that the turnaround between winning the tender in May, and completing the installation by the end of July, was one of the shortest in the experience of NEXO’s specialist ES Division.

Marsaud’s brief was also unusual in that the Stade Mohammed V is mainly an open stadium.  Only a small percentage of the stands is covered by a roof, markedly different in construction to the national stadia of Europe.  For an audio designer, this poses the question of where to position the large clusters of powerful loudspeaker modules required to throw sound to thousands of seats.

“Without a structure, it was a challenge,” explains Marsaud.  “We had to be more creative, although we were under a lot of time pressure.  The solution turned out to be simple.  We did something we’ve never done before – according to an innovative concept from Tisseyre, we tilted the clusters horizontally, to an angle that matched the slope of the stands.  By doing that, the clusters became perpendicular to the audience area, which is the only way to cover properly the top rows in the middle of each stand.”

Other considerations for this venue included problems arising from a very high level of crowd noise, particularly when it comes to the fiercely contested matches between the two Casablanca teams, Wydad and Raja, whose fans are recognised worldwide for their incredible tifos.  The NEXO system needs to deliver at 101dBA in order to be heard over the rival fans sitting in opposite stands.

The NEXO team designed the system around its GEO S12 line array loudspeaker, and its GEO S12-ST variant.  GEO S12 has been designed for concert sound, and the S12-ST version, adapted to deliver higher SPL and enhanced speech intelligibility, has become NEXO’s best-selling enclosure for the long-throw applications in stadia and arenas.  More than 70 GEO S12 cabinets are deployed in Casablanca.

The system is powered by NEXO’s NXAMP4x4 controller/amplifiers, distributed among four amp room locations.  The installation takes advantage of fibre optic cabling,  with a Dante network in place and a Yamaha digital console in control.