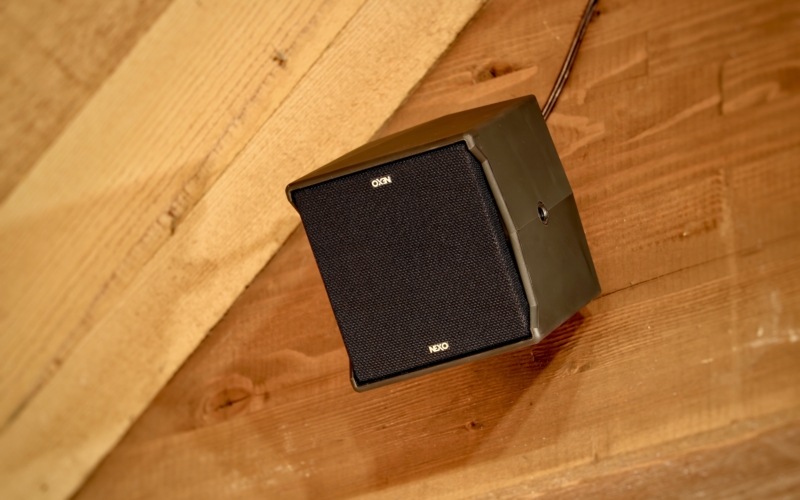 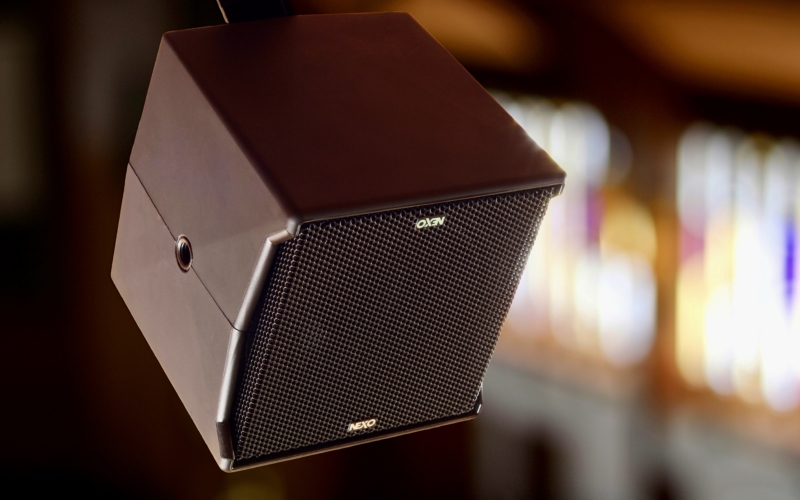 Oregon-based audio production and installation company Alpha Sound has reported two highly successful NEXO ID series installations already this year in local churches. Central to the high levels of performance achieved in St Paul’s Episcopal Church and Kingwood Bible Church, both in Alpha Sound’s hometown of Salem, is the deployment of a pair of NEXO’s new ID84 columns as the main speakers, supplemented by ultra-compact ID14s covering smaller areas of the churches.

Alpha Sound’s Devin Sheets takes up the story. “When we first got our hands on the ID84, we discovered something very different from a conventional column loudspeaker. Firstly, the soft dome tweeter array lends what I would describe as an almost ‘hi-fi’ sonic characteristic, with an open, natural high end that’s perfectly suited to speech reproduction, which makes up so much of a typical church service.”

“Then there’s the coverage. With continued downward off-axis response intelligibility, we found that a pair of ID84s mounted 20 feet up delivered consistent SPL and frequency coverage right to the very back of the venue. It’s fair to think of the ID84 as a viable substitute for a small line array in applications where the budget is limited.”

The system at St Paul’s uses a pair of ID84s in what is a long, narrow, and semi-reverberant liturgical space. With a shared sonic signature, ID14s are used to cover the transept, choir, and overflow areas. A similar system is deployed at the Kingwood Bible Church, where the main space is somewhat shorter at 55 feet, with relatively dry acoustics. A pair of ID14s cover the balcony areas and a single NEXO L18 sub extends LF response. The full system at the Kingwood Bible Church is powered by a single NEXO NXAMP4X1MK2, while the St Paul’s system uses an NXAMP4X1MK2, supplemented by a NEXO DTD/DTDAMP4x0.7 which powers the ID14s.

“The NXAMPMK2 is our go-to amplification solution” continues Devin. “Having pre-sets for every cabinet and horn configuration makes it quick and easy to configure systems that combine different speakers from the NEXO range. And it’s also very cost-effective. We can even use a couple of spare channels to power legacy speakers such as existing ceiling speakers in other rooms.”

Alongside its sonic and coverage characteristics, the form factor of the ID84 column is also well suited to liturgical spaces, with their typically vertical architectural features.

“People have said, ‘wow, the system sounds great, but where is it?’” says Devin. “It’s just another example of how the NEXO ID Series is so well suited for applications in houses of worship.”

Originally formed by Duane Sheets as a recording studio in Salem, OR, in 1970, Alpha Sound grew quickly to become one of the largest audio production houses on the US west coast. Now, with Duane’s son Devin adding a fresh new perspective to his father’s years of invaluable experience, the company continues its mission to provide the very best live concert and permanent installation sound in the Pacific Northwest and beyond.

About the NEXO ID Series

With a shared sonic signature and easily variable dispersion characteristics, ID Series compact speakers and columns create thrilling and immersive
sonic experiences with a low visual impact in the most complex acoustic environments.